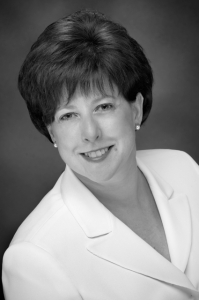 Joanne D Arduino (Artistic Director and owner of  The Dance Studio: The Official School of Ballet Theatre of Scranton) has taught dance in Scranton for over 30 years. She began her training under the late Constance Reynolds and in 1974 was awarded a scholarship to the Pennsylvania Governor’s School for the Arts. Mrs. Arduino earned elementary and intermediate certificates at the Royal Academy of Dance, in London, England and completed her advanced studies with the Royal Academy in Toronto, Canada. She has studied and collaborated with many well known choreographers and teachers and was selected by Gus Giordano to represent Pennsylvania as a Jazz Ambassador at the Jazz Dance World Congress.

Mrs. Arduino has been an instructor at College Misericordia, Marywood University and the University of Scranton where she pioneered the course “Dance and Movement in Early Childhood Education.” She has conducted numerous educational programs and residencies in dance throughout the region in conjunction with Northeastern Educational Intermediate Unit #19 and is proud to be the first Pennsylvania Council of the Arts rostered artist in her field to represent Northeastern Pennsylvania in the state directory which includes the most prestigious artists in Pennsylvania.

In addition, she has served on the faculty of the Dance Educators of America’s National Convention in New York City, teaching ballet for young children.

During the summer of 1994, she traveled to Bombay, India  to be Guest Choreographer for a major motion picture working with the late director and film star, Mehmood, India’s Bob Hope.

Mrs. Arduino has choreographed for many local theatre groups and served as Dance Captain, and performed in, the Richard  Harris production of “Julius Caesar, A Work in Progress.” In addition, she has choreographed for Marywood College Alumnae productions and the WNEP-TV performance of Peter and the Wolf” as well as the Scranton Cultural Centers Theater for Youth presentation “Pirouettes and Puppets.”

Mrs. Arduino is also a member of the Dance Educators’ of  America, the Professional Dance Teachers’ Association, has served on the Scranton Community Concert board, chairperson of the Dance Millennium Project, and the stakeholders group of Scranton Tomorrow. She serves as dance chairperson for the NEIU #19 Summer Arts Alive Scholarship Program.

Mrs. Arduino is a recipient of an Honorary Membership in the Marywood College alumni Association for her service and contributions. In 1995, she received a special award from Allied Services for her work with physically and mentally  challenged individuals. She has been named to the Jaycee’s “Outstanding Women in America”, and presented a “Woman  of Distinction” Award by the Scranton Pocono Girl Scout Council for her work in the arts.  Joanne was named ‘A Woman of Merit’, by the University of Scranton Small Business Development Center’s ‘Award for Woman Entrepreneur’ for 2007, and received ‘The ATHENA Award’ by the Greater Scranton Chamber of Commerce in 2007, for: demonstrating excellence, creativity, and initiative in her business and/or profession; providing valuable service, contributing time and energy to improve the quality of life for others on the community; actively assisting women in realizing their full leadership potential. The Athena Award

In 2010 and 2011, Mrs. Arduino and  The Dance Studio: The Official School of Ballet Theatre of Scranton were named one of three finalists for The Greater Scranton Chamber of Commerce “Small Business of The Year Award”, and received the 2010 “Star Award” from Broadway Theatre of Northeastern Pennsylvania for her service to the community in the performing arts.

At Ballet Theatre of Scranton, she was principal soloist since the age of 18 and has danced all of the major classical roles. She was appointed Artistic Director in 1991, a position she maintains to the present day assuming all the duties of director and teacher for the Senior, Apprentice and Children’s Companies, as well as producer for the ballet productions including the annual holiday gift of the Nutcracker. 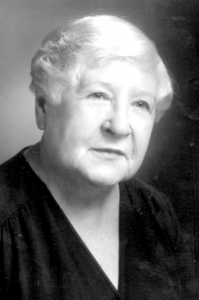 Constance Reynolds (Founder) (1910-1995) was born in Edinburgh, Scotland, and trained with the Royal Ballet and the British Ballet. Mrs. Reynolds served as Ballet Mistress of Edinburgh University and as the director and principal dancer of the Edinburgh Children’s Ballet.

She came to Scranton in 1940 where she became director of dance at Marywood College, a position she held for 25 years. She was awarded Marywood’s Cor Mariae-Pro Fide et Cultura Award for maintaining the highest standard of teaching in dance education.

Her professional memberships included: The Royal Academy of Dance, London, England; British Ballet Organization; Dance Educators of America; Sacred Dance Guild; and she was a founding member, board member, and trustee of the National Academy of Ballet. As a member of Dance Educators of America, she had been an instructor for several of their conventions, including their 50th Anniversary convention in New York City.

Mrs. Reynolds received numerous awards such as The Volunteer of the Decade Award and a citation from the House of Representatives honoring her for her philanthropic contributions. She received commendations from Congressman Joseph McDade and Governor Richard Thornburgh as well as the Lackawanna Arts Council, William L. Cornnell, Jr. Award for community service in the field of fine arts. The Scottish Ballet honored Mrs. Reynolds with the naming of a seat and by placing her name on the Roll of Honor in the Scottish Ballet Theater. 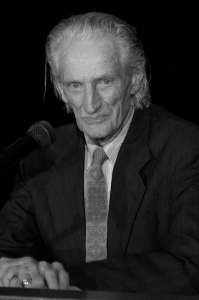 Henry Danton (Guest Choreographer), was a native of England, he was an internationally known dancer, choreographer, artistic director, and teacher.  He began his performing career with the International Ballet of London and then transferred to Sadler Wells Ballet, where he danced for three and a half years as First Soloist.  He also appeared with Paris Opera and Ballet des Champs Elysees before moving to the United States where he toured as First Classical Dancer in Roland Petit’s Ballet de Paris on its first U.S. National tour.  He then performed on the South American tour and later as a guest artist with the Australian National Ballet.  His European engagements include performing in France, Sweden, Belgium, Switzerland, Denmark, and Spain.  During his dancing career he has partnered such ballerinas as Moira Shearer of Sadler Wells, Lycette Darsonval of Paris Opera and Mia Slavenska.

Mr. Danton returned to Australia as a guest artist and artistic director of the Australian National Ballet.  After performing as a guest artist in Venezuela, he formed the Venezuelan National Ballet.  In South America he also founded Ballet National de Colombia, was Artistic Director of Ballet National de Panama, and served as teacher and choreographer to Danzas Venezuela, Ballet International Caracas and Ballet Metropolitano de Caracas.

While in the United States he taught at Carnegie Hall, Sara Lawrence College, Julliard School of Music, and held the position of first ballet instructor with Martha Graham’s School and Company. He has choreographed classical ballets for the Washington Ballet, Pennsylvania Ballet, Garden State Ballet, and Ballet Theatre of Scranton.

He recently was featured in the BBC Broadcast, “Dancing Through the Blitz”.